Not so long ago we were talking about the seemingly most useless feature of the new BMW M3 and M4, the Drift Analyzer. I mentioned that people who are going to buy one of these cars should appreciate the video game inspired tool as it’s blasphemous to own an M car and not try to move it around from time to time.

Well, Joe and Eli Hountondji aka the Driftbrothers are two skilled drivers who plan to drive the M4 Competition to hell, and not just for fun, but for a living. They’ll be competing in this year’s Drift Masters European Championship, which will start on May 10th in Greinbach, Austria, and if the infotainment screens weren’t removed from the cars they would likely overwhelm the Drift Analyzer’s algorithm.

In addition to supporting Redbull, the two Germans recently signed a partnership with BMW M to expand into this increasingly popular form of motorsport. As a result, at the beginning of the year, the brothers received two brand new cars in series production and, with a lot of help from the German manufacturer, extensively converted them into deadly drift weapons.

First, they increased the output of the already powerful S58 in-line six-cylinder to a whopping 1,040 hp and 1,280 Nm of torque.

BMW has bragged about the racing potential of this engine at every opportunity and with the recent unveiling of the M4 GT3, a reminder that the heart of the racing car is a slightly improved version of that engine, but the Driftbrothers team took its racing potential into another dimension.

In order to achieve these overwhelming numbers, larger turbos as well as a modified cylinder head and a modified injection system were installed. In addition, the cooling circuit has been adapted to the sustained high speed loads of drifting and now has an additional cooler in the rear. The team also removed the rear window to make room for the craziest of all upgrades, a new, fire-breathing four-pipe exhaust. 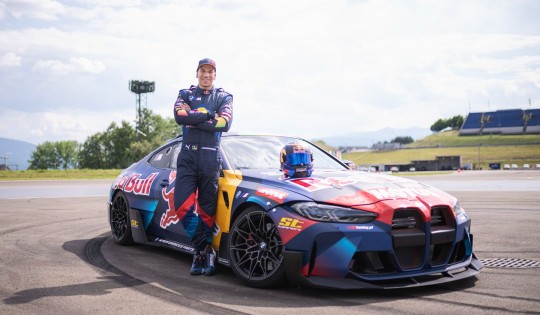 Amazingly, the brothers claim that all other internal components are in stock. They also say the boost level is currently set at around 50%, with plans to steadily increase it as the cars break in.

Aside from the engines, the body of every car has been extensively modified to reduce weight and improve aerodynamics. This is where BMW design experts came into play and contributed their know-how. Almost all of the newly designed components have been manufactured using techniques and materials commonly used in the development of BMW Motorsport racing cars.

Most of these components are made from carbon fiber, including winglets that optimize airflow at the front splitter and behind the front wheels, as well as in front of the rear wheels. These were supplemented by side panels for the rear diffuser and attachments for the side skirts from the M Performance parts portfolio.

After the season opener in Austria, the Driftbrothers will contest three more runs of the Drift Masters European Championship, a series that has become one of the most prestigious in the world.

Each year, 45 of the best drivers from Europe, the United States and the Middle East compete in this series by invitation only, with Joe and Eli returning for the fourth year in a row. If you can’t wait another three weeks to see them and their fantastic cars at work, we recommend checking out the video below. 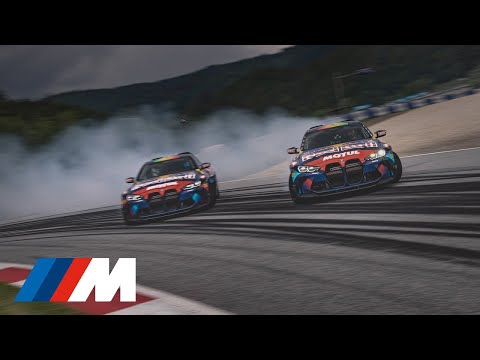